“S.F. Supervisors have lost their minds on housing” - SF Chronicle Editorial Board

On Tuesday, October 26 San Francisco residents were appalled and outraged when the SF Board of Supervisors voted 8-3 to reject nearly 500 new homes, 25% of which would be designated for low- and middle-income families, and 100% of which would be built utilizing union labor.

These proposed homes would be built in place of an underutilized valet parket lot, directly next to public transportation, and within walking distance of thousands of jobs.

For these reasons and many others, the professionals at the San Francisco Planning Commission had already approved the 469 Stevenson Street project, but eight Supervisors (Connie Chan, Rafael Mandelman, Gordon Mar, Myrna Melgar, Dean Preston, Aaron Peskin, Hillary Ronen, Shamann Walton) nonetheless voted to block these much-needed new homes to preserve a valet parking lot, offering only flimsy and ever-shifting excuses for their action.

And now the state of California has launched an investigation to determine whether their actions violated state housing laws.

What You Can Do

There’s still time for the Supervisors to reverse their decision but they need to hear from you!

While we've identified Supervisors Gordon Mar, Myrna Melgar, and Rafael Mandelman as key votes, it’s critical to strongly urge every member of the Board of Supervisors to approve the 469 Stevenson street project.

2. Send an email to our officials

Please take a minute to email them in support of bringing 500 new homes to 469 Stevenson!

Make your voice heard, it matters. 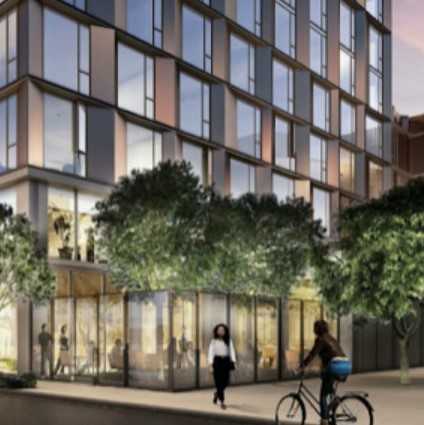 Who supports more housing at 469 Stevenson?