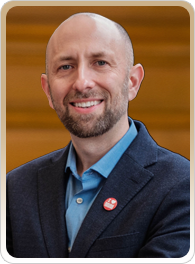 Joel Engardio is the Supervisor for San Francisco's District 4 which includes the Sunset, the Outer Sunset, Parkside, part of Merced Manor south of Sloat and West of 19th, and includes the Great Highway and Sunset Boulevard.

Engardio's win made history twice over:

At the time of writing (January 16, 2023), there has only been a single Board of Supervisors meeting since Joel Engardio's election. Still, at his first Board meeting he was one of only a few Supervisors to vote against the rushed appointment of Cindy Elias to the Police Commission.

“The Police Commission has a big say in how police can and can not do their job, so we must take appointments very seriously,” Engardio said.

Stay tuned for updates throughout the year as Supervisor Engardio takes more votes.